A Welcome From the Chairman 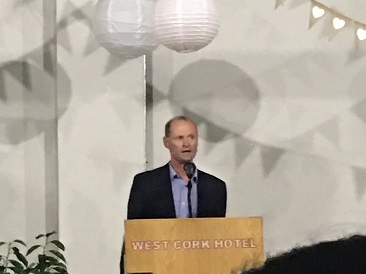 A welcome from the Chairman

I would like to welcome you to the first edition of Skibbereen Rowing Club’s news, I hope that you will find it a useful and an interesting way to keep up to date with rowing news as well as shedding some light on the history of the club and its personalities.

I took over the role of Chairperson in 2018 from Tony Walsh who has been a great help in easing me into the job. I am originally from Dublin but came to Cork about 20 years ago via the Mediterranean, where I worked as professional yacht crew. While travelling I had the good fortune to meet my wife Janet who also worked on these boats at the time. On our return to Ireland I took up a job as a Hydrographic Surveyor for a number of years before taking up my current position with the Department of the Marine. We have three children, two of which are rowing with the club at junior level.

My first year as Chairperson has passed incredibly quickly, but what an interesting and busy year it has been! The junior rowing section of the club continues to be very vibrant as may be witnessed on weekday afternoons and Sunday mornings with every manner of boat combination out on the water.

The coaches deserve much praise for handling the large number of Junior athletes, progressing them from the training boats to ensure they are ready and able for pieces on a Saturday and Sunday morning.

The Club athletes enjoyed much success at national and international level, winning 5 national titles at Champs which moved the Clubs tally to 183 wins. Whilst the under-16 Girls and Boys quads also won their respective national titles with commanding performances. The highlight of many fine performances by our senior athletes was Paul and Fintan's world champion victory in the lightweight doubles, qualifying the boat for the 2020 Olympics in Japan.

The Skibbereen Regatta was held on the May Bank Holiday weekend at the National Rowing Centre and the Skibbereen Head of the River just recently on the 16th of November on the River Lee. Both events were a great success due to the contribution of many volunteers, including present and past members and of course the parents of our athletes. It deserves a special mention that the Masters Women’s 8 Skibbereen/Bantry composite won their first pennant in at our recent Head.

There were many fundraising events during the past year, some of which are annual events such as the Christmas swim, the Flag Day and a quiz night, but some new additions include a Bake Sale at the Carbery Show, clothes-for clobber -collection and a very enjoyable Bingo Night held at Abeystrewry Hall. These fundraising events are an important source of income ensuring we can provide the best of equipment for our athletes and continue to improve our training facilities.

There were a number of individuals and companies not directly related tothe club who very kindly donated their services - Lehanes Environmental and Waste Management Ltd, Fergal Morgan (Painting and Decorating) and Keohanes Readymix who provided a defibrillator unit which is mounted on the boathouse wall. A Meitheal took place at the end of the rowing season in July where parents and athletes participated in landscaping, painting and a general clean-up, which epitomises the commitment by many of those involved in the club to help out in maintaining our facilities.

Growth is important to every club and we are no exception At the moment plans are underway to install a pontoon in order to improve water safety and launching of boats. A second project proposes expanding the existing clubhouse to include extra boat storage and improved training and welfare facilities. Obviously these projects entail significant capital costs, so keep the fund-raising ideas coming!

2020 promises to be a very exciting year for Skibbereen Rowing Club. Not only is it an Olympic year it is also the Golden Anniversary of the Clubs foundation. Watch this space for the various celebration activities planned during the year!

It will be wonderful to see all of you, who have supported the club over the past 50 years, return and join us in our celebrations. This is the recognition of what this Club, of which you have been a part, has achieved and the part every individual has played in that success. It’s continued growth and prosperity depends on all of us, to contribute in whatever way we can, and keep supporting the rowing club on the Ilen far into the future.

Recently we had the timely launch of Kieran McCarthy’s book ‘Something in the Water - How Skibbereen Rowing Club Conquered the World”, which was held at the West Cork Hotel. This event proved to be a huge success as it brought together current and past members who enjoyed an evening of sharing memories and stories about the Club. 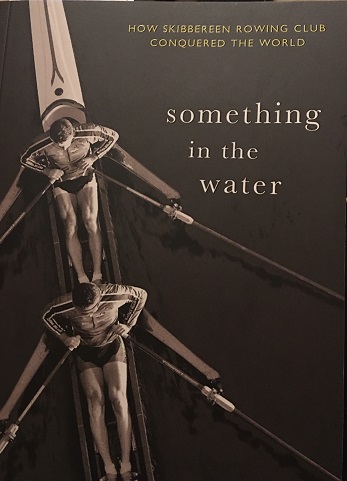